Emile Bruneau, Ph.D., was a social and cognitive scientist who is director of the Peace and Conflict Neuroscience Lab at the Annenberg School for Communication at the University of Pennsylvania, and lead scientist at the Beyond Conflict Innovation Lab. His research focused on better understanding the psychological and cognitive biases that drive intergroup conflict, and critically examining the impact of interventions aimed at decreasing intergroup hostility. Specifically, he focused on the (lack of) empathy and dehumanization that often characterize intergroup conflicts, and how empathy and humanity can potentially be restored through virtual and media-based encounters with ‘the other’. His recent efforts were focused on hostility towards minority groups (e.g., Islamophobia, anti-Roma bias), and between groups in conflict (e.g., Israelis and Palestinians). His work has received funding from the UN, US Institute for Peace, Soros Foundation, DARPA, ONR, and DRAPER Laboratories.

Sadly, he passed away in 2020 after a nearly two-year battle with brain cancer, but his important work lives on. A short film about Emile’s life can be viewed here.

“In Conversation with Emile Bruneau” is a video series Bruneau envisioned to explain the fundamentals of his research into intergroup conflict and explain how they grew out of his own personal experiences. Watch Now.

Donations to support peace and neuroscience research can be made in Emile’s memory.
View CV

Samantha Moore–Berg, Ph.D., is the director of the Peace and Conflict Neuroscience Lab at the University of Pennsylvania. Her research bridges the areas of social & cognitive psychology, communications, and political science to study the links between behavior and social-cognitive processes that evolve in intergroup contexts. Her main research interests include 1) isolating socio-cognitive functions that contribute to or predict intergroup conflict, and 2) designing and implementing interventions that directly combat intergroup conflict. She conducts her research in many contexts around the globe, and she often works with outreach organizations in order to tailor her research to the needs of communities that can most benefit from it. Samantha received her Ph.D. in Social Psychology at Temple University in 2018 and her B.A. in Psychology and Sociology at Florida State University in 2013. 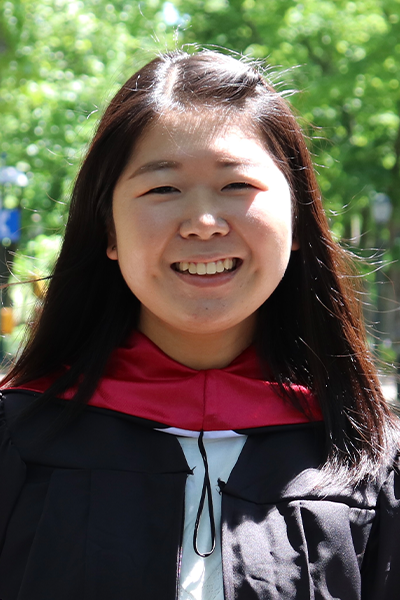 Yumeka graduated from the University of Pennsylvania in 2021, where she majored in Cognitive Science with a concentration in Computation and Cognition. As an undergraduate, she conducted her senior thesis research on parochialism and social decision-making under Dr. Jonathan Baron’s supervision. After graduating from Penn, she worked as a research associate at Beyond Conflict. There, she worked primarily on intervention research related to reducing competitive victimhood among Democrat and Republican participants in the U.S. and interreligious anxiety among Christians in northern Nigeria. Given her background of growing up in different countries and transitioning between cultures, she is currently interested in studying culture, social cognition, and intergroup relations. 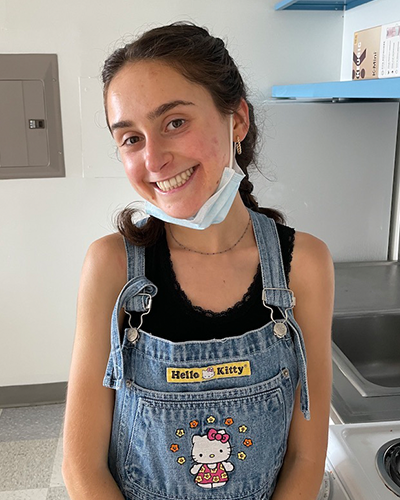 Maya Litvak is a junior at the University of Pennsylvania studying Psychology and English. During the academic year, she is involved in Penn Period Project, Penn for Refugee Empowerment, and Penn Persian Society. She is interested in the psychological processes that promote group peace or conflict and how media interventions could be a potential remedy. At the PNCL, she is studying attitudes towards undocumented immigrants and the factors that affect individual beliefs. In the future, she hopes to attend law school and continue to help the undocumented community. 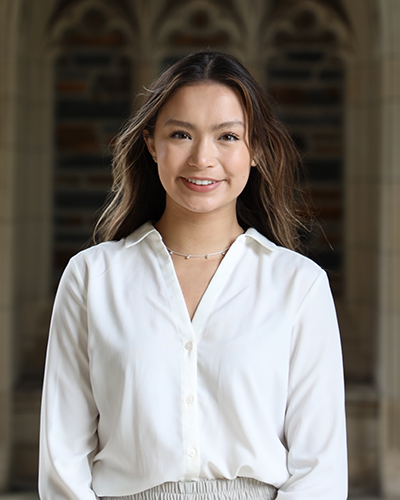 Chloe Nguyen is an Alice M. Baldwin Scholar at Duke University studying Public Policy and Psychology. She is interested in understanding the psychological drivers of intergroup conflict in order to improve policy solutions to problems like political polarization, racism, and xenophobia. Previously, she has conducted research on how to utilize structured programming to improve political polarization on college campuses. This summer, she is assisting research investigating interventions to reduce anti-democratic tendencies and the relationship between perceived victimhood and meta-dehumanization. 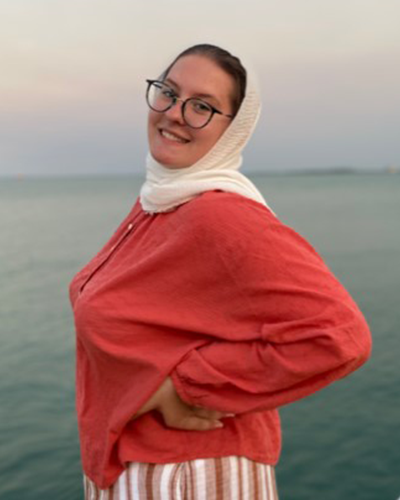 Melissa Murin is a rising junior at the University of Pennsylvania majoring in Psychology and minoring in Anthropology. During the academic year, she is involved in Penn Alternative Breaks, Fossil Free Penn, and the Muslim Student Association. She is interested in interdisciplinary work that centers social issues, like partisanship and intergroup hostility, within the United States. Throughout her career she hopes to explore how collaborations between researchers, nonprofits, and policy makers can influence meaningful change. Ultimately, she hopes lead a nonprofit, with a goal of founding one to serve the needs of her fellow Appalachians. In the PCNL, she is assisting with projects pertaining to racial wealth inequality, undocumented immigrants, and images in the media.

Boaz Hameiri, Ph.D., is a Senior Lecturer at Tel Aviv University. He was previously a postdoctoral fellow in the Peace and Conflict Neuroscience Lab at the University of Pennsylvania. His research focuses on intergroup processes, intergroup conflicts, developing psychological interventions that aim to promote better intergroup relations and conflict resolution, and testing these interventions in the lab and in the field on a large scale. In his social psychology Ph.D. dissertation for Tel Aviv University, he developed a new line of psychological interventions based on the “paradoxical thinking” approach and tested it in the context of the Israeli-Palestinian conflict. In addition, he is interested in studying victimhood as an interpersonal and intergroup phenomenon, and its effects on processes of conflict resolution and reconciliation.
View CV 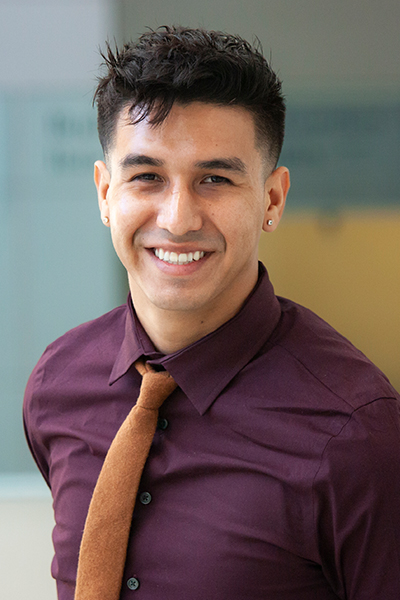 Roman Angel Gallardo is a doctoral student in the Behavioral Science program at the University of Chicago Booth School of Business. In 2019, he received his BA in Psychology from Sonoma State University as a Ronald E. McNair Scholar. After graduation, Roman spent three years in the Peace and Conflict Neuroscience Lab at the University of Pennsylvania researching the psychological roots of intergroup conflict. Roman is broadly interested in intergroup relations, with a focus on stigmatized groups. More specifically, Roman has three lines of interests: the predictors of prejudice and discrimination, why and how group disparities persist, and the psychological factors underlying intergroup conflict.

AllyPaul graduated Phi Beta Kappa from Swarthmore College with a B.A.in Psychology. Her previous research has looked at the effects of social norms on motivation and short term memory; the role of anticipated regret in decision-making among clinical populations; and use of music-based, mindful meditation during a preoperative informed consent process. She is excited to learn more about the neural underpinnings of ingroup-outgroup biases and how this information can be used to design interventions combating prejudice.

Celia Guillard graduated from the University of Connecticut with degrees in Neuroscience, Political Science, and International Relations. She is now a doctoral student at Cornell University. She has interned at the International Criminal Tribunal for the Former Yugoslavia where she assisted with research during the trialof Ratko Mladić. She subsequently completed her M.Sc. in Cognitive Neuroscience at University College London, where she studied intentional harm and dehumanization during political violence. She is eager to continue investigating psychological mechanisms thatfacilitate political violence. 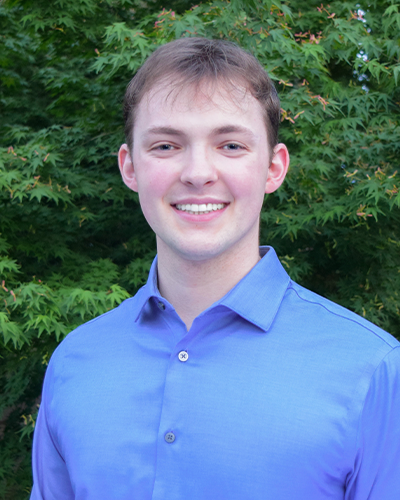 Sam Wiltjer is a rising senior at the University of Pennsylvania with a major in Neuroscience and minors in Psychology and Chemistry. Originally pursuing a career in medicine, Sam decided to explore intergroup conflict, an area of interest that, in the past, took a backseat to premedical studies. Drawn to the interdisciplinary nature of the Peace & Conflict Neuroscience Lab, along with its focus on translating research into concrete interventions, Sam now works on a variety of projects. These include examining attitudes towards migrants and the efficacy of interventions, and exploring the use of images in the media.